I Didn’t See No Kipling. 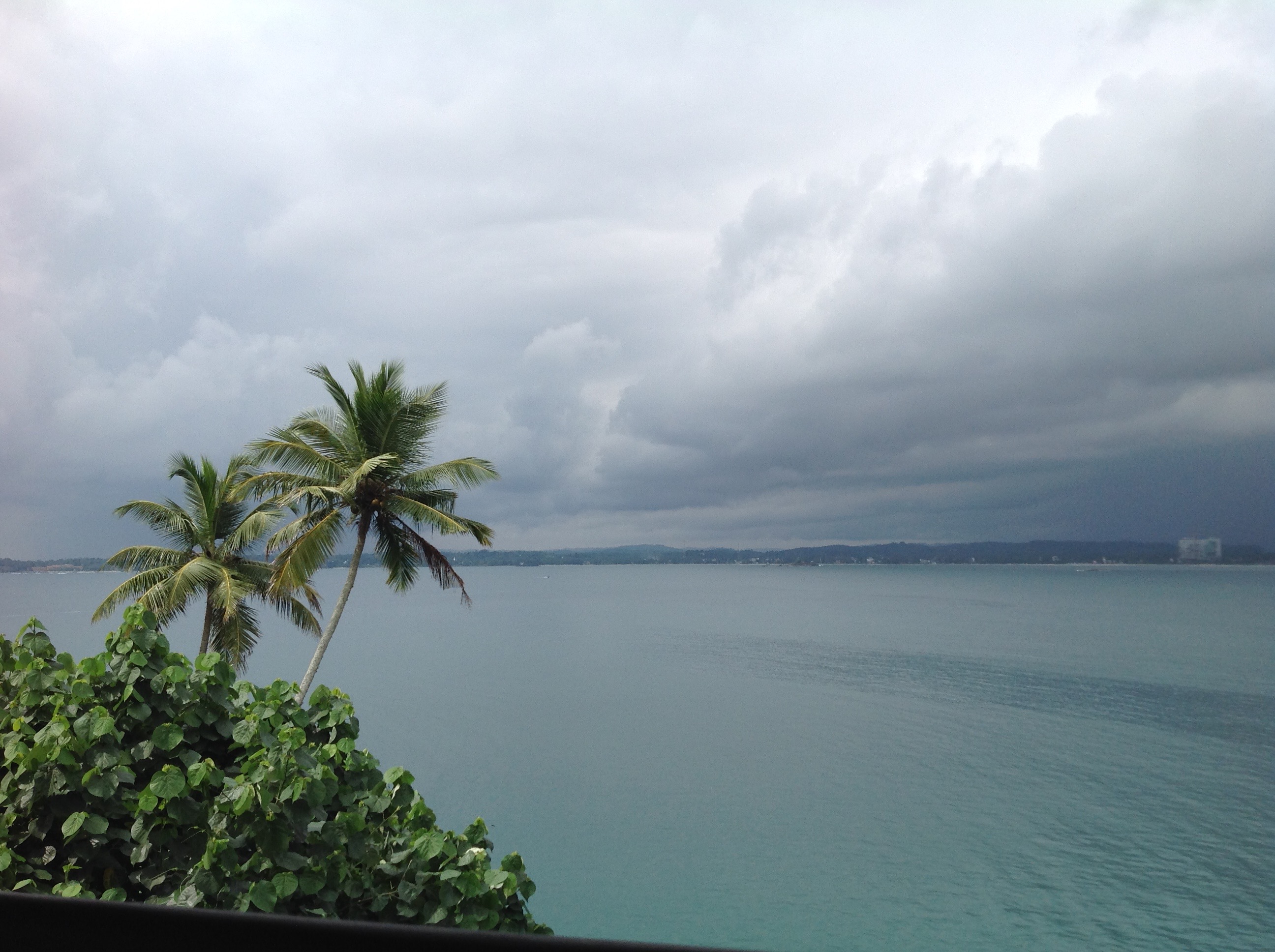 I saw the Chinese port in Sri Lanka.

I mean, I saw it a bit. They won’t let you look at it too much but you can see it.
And it’s huge.
The roads were all smooth and tough, arteries into the chaotic laneways abutting the ocean. Thought I had won the lottery staying at hotel with Russians thick on the ground my friend.
I saw the port and I saw the cricket stadium. What’s wrong with that stadium? Bloody loved it. Now that’s a cricket stadium.
I saw the big airport.
No-one there at the moment but don’t be fooled. You don’t build something like that and then mothball the bastard. This wild piece of building coming out of humid heat and countryside. Elephant signs and monkeys on the road. Packed buses and towns, surf and lakeside.
Didn’t see one tea plantation. Too busy with my head out the window trying to sink into it. Staying close to the breeze. Wove my way around trying to work out the best road to see the construction around the thing y’know?
Because you hear so much about these things. You think, if you only knew how much I knew about you before I laid eyes on you. Louvre got nothing on geo-political outposts I have heard about. I don’t even know if they exist.
So I like to just stand there and check it out.
Like to make up theories as to why they are building and why we can’t see it.
Like to look at the tourists and wonder why the Ruskies are in town. You can’t say things like ‘they might be spies’ because with the headlines the way they are, might just be true.
Weird as shit. I cannot work out if this is a Christian thing or a ForPol thing and let’s be frank, probably best I don’t know.
Not that they’d tell you anyway and how long you got on this earth to stuff around asking people something they aren’t going to answer in the first place?
Got to do backflips in the warm ocean laughing at the idiots trying to do you in. Private conversations with satellites. Sly smiles cornering the mouth.
Coast lines and navies and discussions and navies and India and Sri Lanka and a bride dressed to the nines, wasn’t that the icing on the cake. Nearly wet my pants.
That’s what a good hotel gets you. A defence attache with bridal ceremonies. A waiter who spills the beans on the China stuff.
I love you, I mouth internally. I love you so much.
Mad bastards drive like lunatics if only I had known that half the known world drive like mad men I wouldn’t feel so bad when I floored it. I floored it. I think the narrow misses are the best.
Goddam monkeys on the road and washing at sunset and clean uniforms white white white big smiles and how the hell do they keep those clean?
Quiet afternoons and the cicada twilight avoiding the other mobs. Couldn’t look at a chained elephant. What would you chain an elephant for?
Anyway, I was there for the port. But I couldn’t officially ask about it so that unofficially is a pain but I’ll go back and because I had me juices up and I loved it.
You get that wild thing where you and this are gloriously a thing.
BTW jesus, did Britain just do the Harold Holt in Asia? Colonial buildings, crumbling edifices and then bam – smack bang over the top – the local flavour. Saved them $ no doubt but jesus. Scared the shit out of me in Yangon.
Civilisations build these massive piles of infrastructure and then whammo, everything changes in an instance and they sit like hollow birthday cakes. Like white ornamental wedding piles waiting for the consum-mation.
What about a fridge? Some oranges? A trip on a barge to the other side?
Flat out existing at the moment. Fish and heat is going to tip me over the edge my friend. Dying in this heat. Wanna throw my guts up. Sure as shit got the European DNA can’t even do anything because my legs feel like someone ploughed me out. I haven’t even got an idiot partner in crime who you can blame for everything. An unsuspecting boyfriend.
‘It was clearly your fault even though it was my idea and I make all the decisions’
They’ve got plants growing over the side of the tsunami-relief school though can’t see the name. What’s with that? I guess they moved people over and built stuff. Looks nice that school. Don’t know who is paying for it.
Yeah, a regular demographic detective that’s me.
As long as they are happy, right?
Wondering about Colombo. Yeah, I am wondering about it and I don’t know what happened. Like a bit of paint to do the place up. Lessen the gap between fecund grasses, salt crash and brick hollows. Make those pretty school uniforms hit some regular locales.
Wouldn’t you love to have that money.
I’d rule the world in a heartbeat.