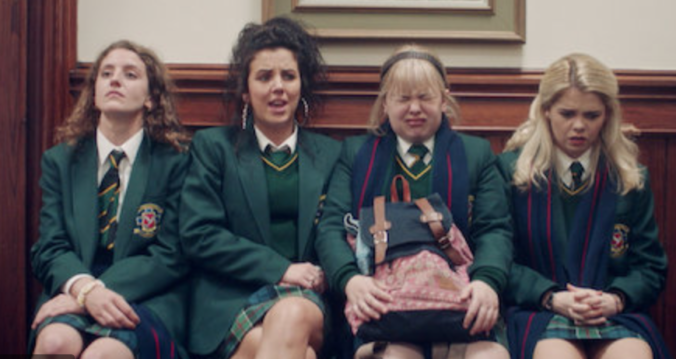 If Derry doesn’t want a divided Ireland and America is outraged by the mass shootings, what is the scenario with Libya, Turkey; the INF withdrawal, the missile statements from  Pompeo and Yemen bombings?

There is no link

Right so, when I discuss these things, how is it different say, from a reporter or a commentator or an analyst at a think tank? Let’s say, people view them as stoking certain current international positions. Will they be viewed as pariahs?

Well, Trump is getting a caning

Yes. But that hasn’t changed policy, has it? I mean, when I have tried to change policy – or when people enter politics, isn’t that effectively trying to bring about an end to situations or alleviate the plight of people who are voiceless?

So when I say that the lack of water in certain countries as a result of policy means that it is imperative that people in Africa find ways to make sure that they have access to clean and reliable water sources, how likely is that?

Well, I am not sure

Because at the end of the day, rulers have to be making decisions that make lives better not harder for the constituent.

Right. So when I – out of my sense of service – look at whether or not water sources are clean, is that not a ruler being effective and compassionate about the subjects that rely on my good judgment?

Yes, I would say yes of course

Good. That is all I wanted to hear you say. So, make clean water in Africa more reliable and make sure the people have it.

I can’t see how you can say yes to plants and factories and other industrial items and not think about whether or not the clean water sources will affect people locally. I mean, their health.

There are many programs

Good. Because that is what I want and that is what I wanted to hear. Great work. Keep going. I’d like that an immediate result to be implemented….immediately. Clean water and sources accessible now. And some start up fund lot can make sure that it happens. I don’t want to see people lining up for water in a drought ravaged river. Or toxic water in community situations.

How is this linked to the international situation that you

Oh. Well. I just want to know why being outspoken or concerned with health issues is derided. I thought it might be best to keep going while I can.

You have chosen some pretty powerful people to argue with

I don’t see them as the enemy.

Well I would say

How do you propose we deal with surveillance? Modify behaviours? Turn into robots? What is your belief here

That we be careful of what we say when

How can a satellite determine the difference between theatre, satire and reality? It cannot. Only humans can. Therefore humans know when I am behaving to violate intimidating censorship and when I am performing. Only humans.

What if they have no sense of humour?

The satellites or the humans?

Then, they are serious about the issues of State. I see no point in it. Not a good PR exercise.

But they do not have to absorb poor behaviour by the citizen.

Of course they do. They are the State. The power quotient is uneven therefore the stronger set must endure as they are the larger force. The individual is not plankton to be picked off for amusement.

I was on a floor. Fourth time. Poisoned. I have not ever made it public until last month. Don’t tell me about amusements.

Your fricatives have frankly

If you work with incredible power on your side, you wear it. Surely they knew the consequences.

If they don’t wear it, they are the Mafia.

There is a middle ground