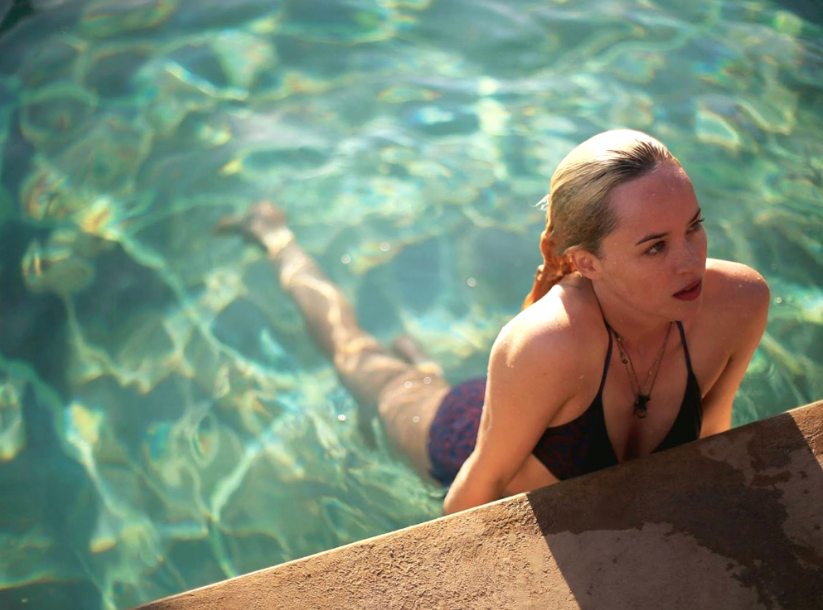 I could smell the breeze.

Salt wound its way through my hair and face.

Spewed papers with pink scribble that had imprinted thoughts as to The Issues.

It was grey that day. Grey and light streaks, clouds fighting over the hill, the hill that either did or did not have a transmitter.

What does having a transmitter mean?

I could have gone up and asked someone. I could have read something that led me to the understanding of the transmitter vs the humble satellite, a tin foil toy aeroplane rotating the skies.

It stuck out in its orange and red, the backdrop to my thrashing in rough surf, clouds racing each other as I would not.

My toes were red visible as I lay on my back, whitewash flipping over the bikini that lies wet on my skin.

Slight thoughts of the pink writ large. Mostly, head amongst the white wash.

Legs hung out over the hammock, sitting the wrong way as if it were a child’s playground swing. Long slow strides in rhythm.

Sandy freckled feet, covered as if thick protection for the surrounds.

Back and forth, imaginary circles on the ground with the slight movement of a toe.

The slow walk back to the brown and white shape that was a bed and air.

Nothing but fresh cool winds and a dirt track.

Bamboo slats comfortable across the back, the afternoon kissed Pina Colada sullen.

Do you want to exist?

Do you want to exist?

She squinted up into the face.

She paused for a moment, checked the round orbs hitting the rounds of flesh mid face and smiled

Not sure she said to the wind.

Looking back just to catch his eye and they pulsed for a moment.

He laughed. And sloughed off into midday heat that was lifting heavy light through the mud.

She watched his attached legs lumber, his frame carving the space with ease.

To be successful meant schedules and goals and real estate and taking very quickly while doing a forensic examination of what everyone else is doing and keeping up and knowing the latest thing making waves and she could do all that.

Voice overs and talent agents and writing jobs and a partner and a lover and sweat and fuck she couldn’t remember the last time she had one.

If you had to describe the way the day forced its way on you and left you sweating wet balls like some half Pygmy shit bag you’d have to say the day was ombré.

Like a Spanish painting of long black shadows and howling dogs, a Drysdale stick figure stuck to landscape because to move would cause you to fall to the ground rendered useless.

A Keating tilt at the landscape all arms and nose and langoured torso thrashing about at the thought of being pinned down by the sheer banality of it all.

And she hated this heat.

I need a boat.

A small smile returned with interest.

She smiled broadly and checked the name tag. Liked to guess the meaning behind the black strokes. She checked out the curly hair in a tight bun and the strong shoulders staring back.

You can go this afternoon.

And with that she plunged into the cesspit of tourist activity that made her sweaty and nauseous.

It showed with every move her frame made.

How come I can’t be part of some famous cabal that writes about each other?

You know. Famous people that get together. Decide stuff. Then pretend they don’t know what is about to happen.

You don’t know anyone.

I do know some people.

No-one is going to tell you shit.

What is the percentage of people that eat kale chips?

You mean really or

That doesn’t mean it’s not going to be massive. No-one ate muesli in the 60’s

You’re a try hard tosser. No-one will love you.

Did you clean your house today?

When you die, you will have spent more time cleaning your toilet bowl than touching the opposite sex. Do you know how immoral that is?

Fuck me. It’s distressing. I’m trying to work out how the Shia-Sunni fault lines feed into the 21st Century and you’re making sure cleanliness makes you another 20k.

Wanker. I hate you people. You’re going to end up friends with the fame cabal.

The ride wasn’t a complete waste of time. If it wasn’t for ten thousand other humans heaving in mass she’d probably love it.

She put her hands in the water lay back against the helm. Thought of the bushes and the tracks weaving in and out, the no roads and the maybe roads, the breeze as it lifted you up where you could see the lines across the shore before the mountains butted in carving serious intent.

Clooooooock. Camera to your right.

Why do intelligent people do totally useless things that make them think they are on some secret mission to save the world.

Blond long hair for her. Short grins for him.

She could push them overboard as her large foot did rest neatly astride their canvas ‘tote’ that also wore a generic millennial earthy-child-of-the-earth-but-love-money air.

No-one would miss them. Surely to god. Only perhaps their first spouse that they found at 18.

In a real love true moment saving it all for you.

Please let them be chained together for life.